March 31 - There is not much that is new to report at the build site.  Well, we really do not know because we are waiting until Monday to view it again.  However, we hope that the Easter bunny is already picking out places to hide eggs at our new home next year!


Okay, so that was not our house or our kids, but it was a really cute video!

We did receive a flyer in the mail for an invitation to the "Muddy Boots Tour" which is a guided tour of the community before the public grand opening.  It is more for a seller's presentation of the different lots that are still available.  We are not sure if we are going to attend because it is not really for people who already own a home/will have one soon enough.  It is for those thinking about building a home.  The only function we believe we would serve is as a further selling point for Ryan Homes.  "Tell us about the process..."  "Please explain your excitement about the building of your new home..."  Although everything is working out just grand, it would be an awkward situation.  So, we are still unsure.  Has anyone attended one of these events who already purchased a home site?  If so, please let us know how it went.

We did learn from the brochure that the model being built in our neighborhood is a Venice!  Well, we will be able to get some decorating ideas without having to drive hours to see another model.  So, that is good news there!
Happy Easter everyone!
Posted by Bryan and Angela at 8:05 AM 5 comments:

March 29 - We visited the site again today to see what progress was made.  We left our rental home early and made our way down to the site.  We navigated past the heavy machinery and the workers who were busy building the model, which will be a Venice, and another house directly across the street.  It was like trying to make our way through a Pac-Man maze without running into a ghost! 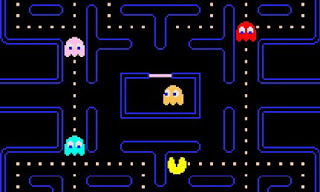 So, we arrived at our site to find a bulldozer pushing dirt into the moat.  Well, the large trenches around the foundation.  We were able to snap a few photos before the workers looked too terribly confused.  So, without further adieu, here they are:

Then, we decided to get some lunch and try out Cheeburger Cheeburger.  We know it is a chain and some people may not like it.  Let's not weigh into the whole "burger wars".  The food was pretty good, but our son was not a fan of the very peppery french fries.  They do have a really extensive shake menu though!  So, that is worth a try. 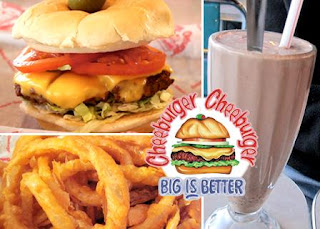 Next, we killed some time looking around the area.  We took our children to a local park where they had a grand time running around, sliding, swinging, spinning, and all of the other things that made their dad feel very, very old.

Afterward, we decided to try out some of the local fare.  We ventured to Paul's Bakery, which is apparently a staple in the area.  It was a little difficult to find without a GPS, but we did find it.  The people were very nice there and the donuts and cookies were quite good.  The cakes and cupcakes looked very good, but that has been saved for a later date.  Move-in celebration night perhaps? 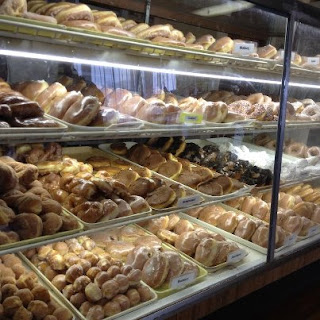 Then, we decided to explore the area a bit more.  Well, that's not entirely correct.  You see, the traffic was very, very heavy with the start of the holiday weekend.  We wanted to return to the site, but there was so much traffic that Bryan decided to find a different route.  Well, we learned that there are only two real ways to get to the site from downtown Fredericksburg - a highway that goes over a bridge with stand still traffic or an interstate that has stand still traffic.  Hmmmm.....  So, Bryan gave it a shot and somehow ended up in the middle of farm country.  We were way east of the site when we decided to retrace our steps.  While it was a crazy miscalculation, it did allow us to see some of the open countryside.  Bonus!

So, we returned to Fredericksburg to go to the mall, Target, and the bookstore.  Our son was able to play again in the mall playground while our daughter visited Build-a-Bear.  It was a good, relaxing time while we waited for traffic to die down.

Next, we attempted to go back to the site again.  We waded through the traffic to visit the site again.  We found the workers from our site had already called it quits.  Those working on the home across from the model continued to work.  Here are the pictures that we took before leaving the site for the night:

Just as we were ready to leave the neighborhood, we noticed a man walking with what appeared to be a SOLD sign.  We had to wait for a reach stacker to move out of the roadway.  So, we were delayed getting out of the neighborhood.  The man passed us by on his way back to his car.  This is when we asked him if he was purchasing in the neighborhood.  He said yes.  Bryan said "We're in lot 8" and the man replied "We're in number 7."  So, we excitedly exchanged names of family members and waved hello to the rest of his family who were waiting in the car.  How exciting?!?!  We met our future next door neighbors!

Finally, we did get dinner at a place that had intrigued us since first visiting the site.  It is a small place on the corner of the road that leads back to our neighborhood.  It is called Napoleta Pizza and it has been open since the 1970s.  It was a very unique place and the pizza was quite good.  The staff, just Mrs. Napoleta (we presume) and another woman were very nice.  Overall, we think it will be a place that we get many a pizza from in the future. 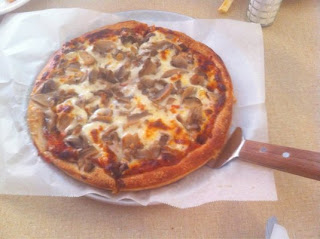 After finishing our dinner, we were back on the road again to the rental.  It ended up being a very long day, but so much fun!  We will probably not visit again until Monday.  However, if any word about anything comes from our project manager, sales representative, loan officer, or the voices in our heads, we will post it here.

In the meantime...good night and good luck.
Posted by Bryan and Angela at 3:22 AM 1 comment:

March 26 - We received an e-mail from our loan officer, Gary, with a breakdown of all of the costs, the APR, mortgage rate, and the Truth in Lending statement.  It was a little shocking because it appears that interest rates have been on a steady increase.  We started off at a very, very excellent rate.  Then, it appears the rate has increased by a few points.  Still very much affordable, but it looks like we will pay down the interest points to save money in the long run.  There is still a chance that the interest rates will drop, but we will see.

March 27 - We traveled back to the site to see what progress had been made in the last two days.  Drew told us that the plumber was going to be doing work today.  So, we did not know whether there would be much to see.  A plumber a plumbin' we supposed.  However, when we arrived at the site we were quite pleased.  The plumber had been quite busy bringing all of the main water and sewage lines into the house, but the waterproofing process for the basement had already begun.

Well, all of the progress makes us want to quote those modern philosophers, the Muppets:

March 25 - Mother Nature and Father Time must be battling it out right now, but both are on our naughty list.  It seems that winter was not quite through when spring wanted to poke its head up.  Sure, we had some wonderfully sunny days.  Then, winter came back.  Brrrrrr!

We had some snowfall, but not much to speak of, really.  However, the cold, snow, and slush made for another delay.  We e-mailed our Project Manager, Drew, to see if they were able to do anything for this week with the weather.  He responded that the plumbing would be going in tomorrow.  The weather can't keep these guys down!  So, we welcome the plumber, crack and all [referring to the posterior, not the other kind]. 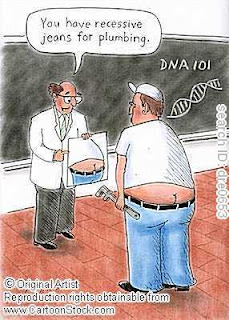 Next up, our visit on Wednesday where we will see what progress has been made. 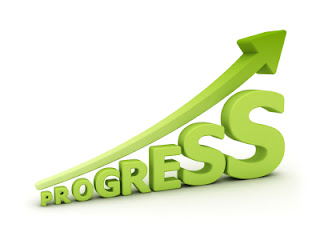 Posted by Bryan and Angela at 10:06 PM No comments:

March 23 - We visited the site today during our usual Saturday trip.  We packed the kids in the car and headed for breakfast at Country Cookin' again.  Then, we set on the path to see what was happening at the work site.   As an aside, it is difficult to figure out what the proper term for it should be.  It is no longer just a lot because there is actual building taking place.  It is not a house yet, so perhaps we should just stick with "site" for now.

We thought we would arrive to find our neighbor's homes underway and our concrete basement still being hidden by the steel forms.  After Froggering our way through the neighborhood under construction, we arrived at our site.  We found that the two lots next to us have sold!

Low and behold we saw a worker emerging from what will be our basement.  Wait, what was he doing climbing around down there?  Then, another and another.  They were removing the steel forms to reveal our basement walls!  Woohoo!  Here are some pictures that we took:

After feeling that the workers were feeling a little intruded upon, we jumped back into the car and headed for the "bouncy place" or KDz Kids World again.  The kids had a blast jumping all around and making new friends.

We decided to go to lunch and to Target before swinging back by the site for a second time.  We went back to find the neighborhood to be a ghost town again.  All of the workers had finished for the day and we were left to take some more pictures.


As we started to go out of the neighborhood, we waited for a truck that was backing down the street.  We could not figure out what was going on until he pulled up to our driveway.  He was picking up the steel forms to haul off to the next site.  Job finished!


We await the word on the backfill and the floor of the basement.
Posted by Bryan and Angela at 10:03 PM No comments: